How can we help you today?

When a new CAD model imported into Capps, its PCS is automatically aligned to MCS since that is the only know location in a machine volume.This is usually not the case with the physical part which is located somewhere else in the machine volume. Therefore, an alignment is required to teach where the PCS is located relative to MCS location.

In the below example, a CAD model for AAT Block is imported into Capps and its PCS origin is shown: 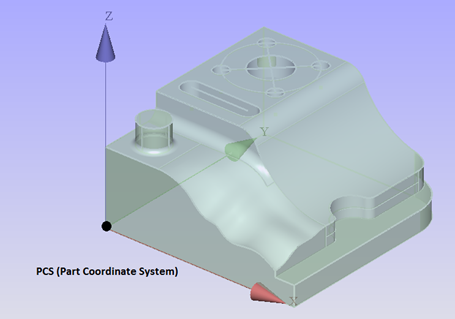 No matter what alignment method is used, the main purpose is to measure some actual features and use them to create same coordinate system with the correct origin, as defined on the CAD model. As the user starts measuring features, they will appear somewhere in the space on Capps Graphics Window, not on the CAD model, since there is no active alignment yet.

In this case, a plane, two lines are measured and an intersection point is constructed by intersecting two lines to create the alignment, that will allow us to create PCS and origin for the physical part that is on the machine.

Using Alignments Menu - Setup dialog, a plane (PL1) that is measured on the top surface of the part, is used to control translation about Z, rotation about X and rotation about Y, to set Z origin as shown below. 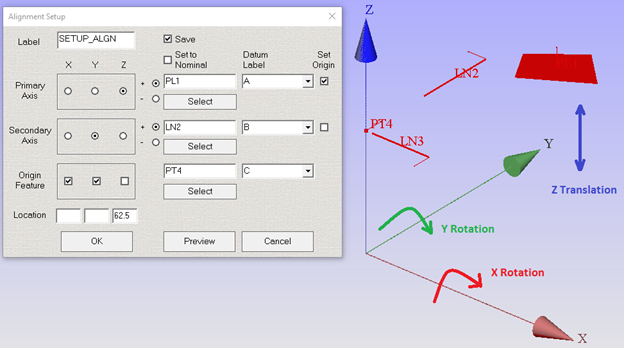 A line, (in this case LN2) is used to control translation about X, rotation about Z as shown below: 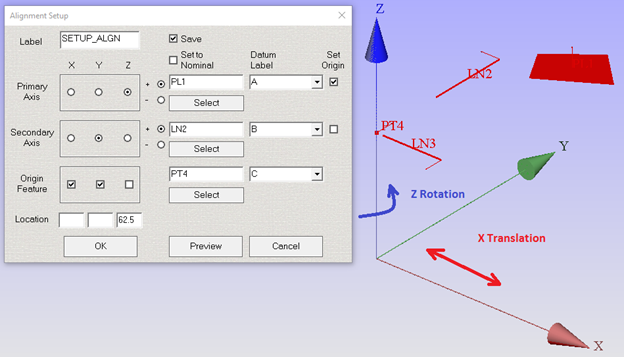 Finally, an intersection point (PT4) is used to control Y translation, along with X origin and Y origin. Since the CAD models origin is at the bottom corner, Z origin is shifted 62.5 mm (which is the distance between the bottom and top surfaces of the part) to create the same PCS. 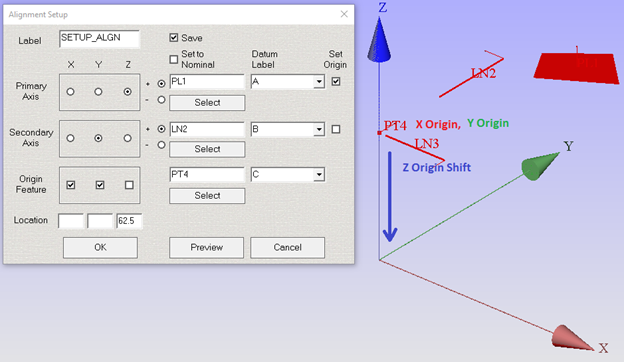 Once the user clicks on Preview button, in Setup Alignment dialog, PCS will be translated to defined position in the dialog as show below: 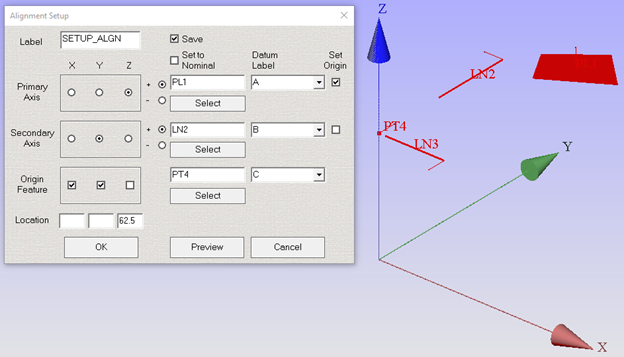 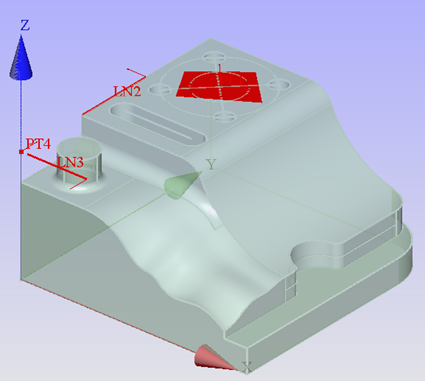 Important Note: The Lockpart command in Capps is an extremely useful option when dealing with any type of nominal CAD data, whether it is a CAD file, or simply nominal point data.

When creating nominal data for the first time, whether using CAD file, or by entering nominals, it is absolutely necessary to use Lockpart command before creating the nominals.

Did you find it helpful? Yes No

Send feedback
Sorry we couldn't be helpful. Help us improve this article with your feedback.